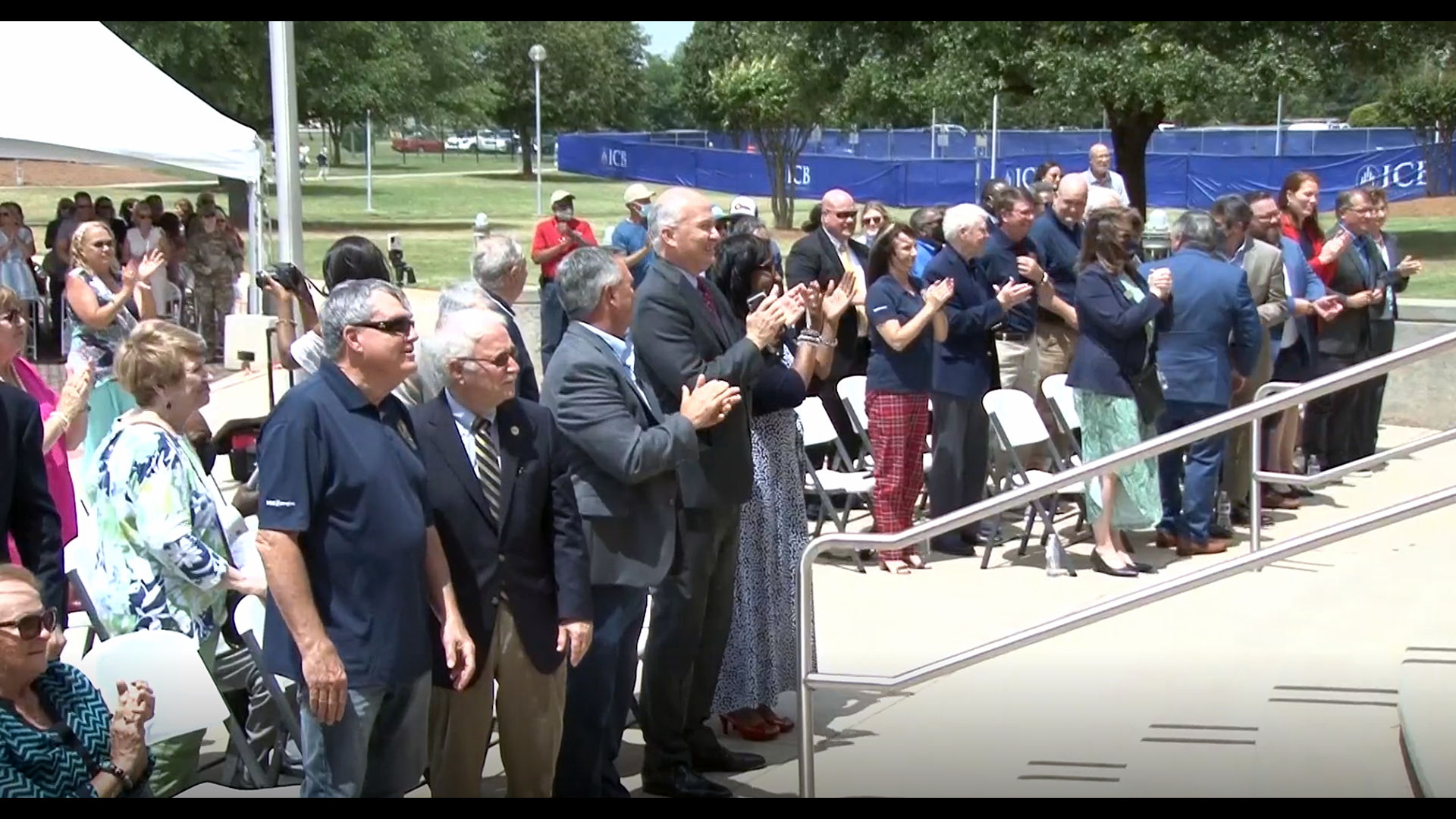 Tuesday, the county held a kickoff event outside of Houston County Superior Court. There were nearly 200 people at the celebration, including county leaders and the public.

Jerome Stephens’ family has been there for 73 years.

Stephens says he remembers when Watson Boulevard was just a dirt road. He says he’s amazed by the growth.

Here’s some history of Houston County. The county is named after John Houstoun who was a statesman and two-term governor.

Originally, the county’s spelling was like his last name, but the second “U” was dropped over the years.

“I’m proud of the county each and every day,” said Houston County Commission Chairman Tommy Stalnaker.

Stalnaker has been with Houston County Commission for 49 years. He says his family has been here since the early 1900s.

“I think there’s an awful lot of respect among people in this county, regardless of what their race is or what their religion is, and I think that’s one of the positive things that this county has going for it,” he said.

Former Governor Sonny Perdue says returning to Houston County after 4 years in D.C. is special to him.

“Good government — this is a county that’s been blessed by great leadership, sacrificial leadership that’s given up themselves to make the county what it is today, really over those 200 years. It’s home and I love it,” Perdue.

Stalnaker says there will be several events taking place through December to celebrate.